What is water purification

Water purification is the process of removing unwanted chemicals, biological contaminants, suspended solids and gases from water.The goal is to produce water suitable for a specific use.Most water is purified and disinfected for human consumption (potable water), but water purification is also used for a variety of other purposes, including medical, pharmacological, chemical and industrial applications.The history of water purification includes a variety of methods. Methods used include physical processes such as filtration, sedimentation and distillation; biological processes such as slow sand filters or bio-activated carbon; chemical processes such as flocculation and chlorination; and the use of electromagnetic radiation such as ultraviolet light.Water purification can reduce the concentration of particulate matter such as suspended particles, parasites, bacteria, algae, viruses and fungi, and reduce the concentration of a range of dissolved and particulate matter.Drinking water quality standards are usually set by governments or international standards.These standards typically include minimum and maximum concentrations of pollutants, depending on the intended use of the water.A visual inspection that cannot determine whether water meets its quality standards.Simple procedures such as boiling or using a household activated carbon filter are not enough to treat all the contaminants that may be present in water from unknown sources.Even natural spring water - considered safe for all practical purposes in the 19th century must now be tested before determining what treatment, if any, is required.Chemical and microbiological analysis, while expensive, is the only way to obtain the information needed to decide on an appropriate purification method. 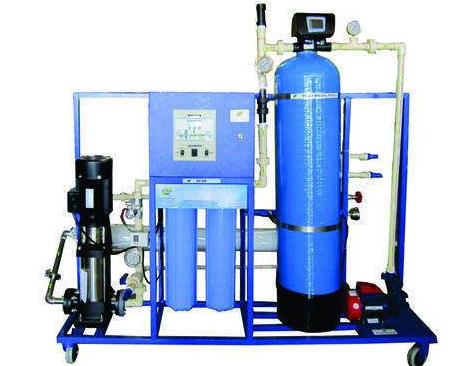 According to a 2007 World Health Organization (WHO) report, 1.1 billion people lack access to an improved drinking water supply; 88% of the 4 billion cases of diarrheal disease each year are attributable to unsafe water and sanitation and poor hygiene, And 1.8 million people die each year from diarrheal diseases. The World Health Organization estimates that 94% of diarrheal disease cases could be prevented through improved environmental practices, including access to safe drinking water. Simple technologies for treating water at home, such as chlorination, filters, and solar disinfection, as well as storing water in safe containers, save a large number of lives each year.Reducing deaths from waterborne diseases is a major public health goal in developing countries.

Groundwater: Water gushing from deep underground may have fallen as rain decades, centuries,or thousands of years ago.Soil and rock layers naturally filter groundwater,making it so clear that it usually requires no additional treatment other than the addition of chlorine or chloramines as a secondary disinfectant.      Such water may be in the form of springs, artesian springs, or may be drawn from boreholes or wells. Deep groundwater is usually of very high bacteriological quality (ie, pathogenic bacteria or pathogenic protozoa are generally absent), but the water may be rich in dissolved solids,especially calcium and magnesium carbonates and sulfates. Depending on the formation the water flows through, other ions may also be present,including chloride and bicarbonate.It may be necessary to reduce the iron or manganese content of this water to make it suitable for drinking,cooking and laundry use.Initial disinfection may also be required. where groundwater recharges practice (the process of injecting river water into an aquifer to store water when it is plentiful so it can be used in times of drought), groundwater may require additional treatment in accordance with applicable state and federal regulations.Upland Lakes and Reservoirs: Upland reservoirs are typically located at the headwaters of river systems, usually above any human settlements, and may be surrounded by protected areas to limit opportunities for contamination. Bacteria and pathogen levels are usually low, but some bacteria, protozoa or algae may be present. In highlands where there are forests or peat moss, humic acids can discolor water. Many upland water sources have low pH levels and need to be adjusted.Rivers, canals and lowland reservoirs: Low surface waters contain high levels of bacteria and may also contain algae,suspended solids and various dissolved components.Atmospheric water production is a new technology that cools the air, condenses water vapor, extracts water from the air, and provides high-quality drinking water.Rainwater harvesting or fog harvesting, which collects water from the atmosphere, is especially useful in areas with pronounced dry seasons and areas with fog even when it rarely rains.Distillation or reverse osmosis desalination.Surface water: A body of fresh water that is open to the atmosphere and not designated as groundwater is called surface water.