Home » News » What is hydrogen water good for?

What is hydrogen water good for?

According to experts, hydrogen molecular biomedicine is currently in fashion, and it is a popular subject in Japan, the United States, South Korea and other countries. The attention and support of scientific research projects in this field in my country's medical community have also increased year by year. As of the end of 2014, more than 40 hydrogen molecular biology-related research projects have been supported by the National Natural Science Foundation of China.

According to statistics, up to now, more than 600 articles have been published in the field of hydrogen molecular biomedicine worldwide, including 280 articles in China, 232 articles in Japan, and 121 articles in the United States. "Hydrogen is becoming a new means of clinical adjuvant treatment of chronic diseases, and it has been widely recognized by experts at home and abroad." As a research leader in the field of hydrogen molecules in my country, a professor and doctoral student of the Second Military Medical University, known as "the most famous person in domestic hydrogen molecule biomedicine" Instructor Sun Xuejun said in an interview with reporters. 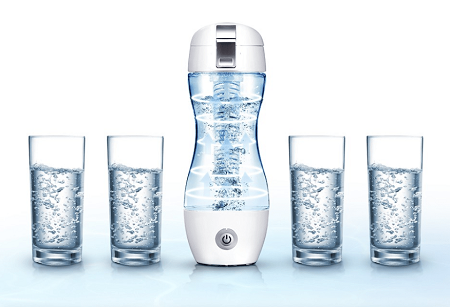 According to Sun Xuejun, chairman of the Hydrogen Molecular Biomedicine Professional Committee of the China Medical Promotion Association, who has long been engaged in the research on the biological effects of various gases, the reason why hydrogen has gained medical recognition at home and abroad is that after years of research, it has been found that hydrogen can selectively neutralize toxic free radicals. The root cause of human aging, sub-health and various chronic diseases that are difficult to cure are toxic free radicals. The selective antioxidant effect of hydrogen molecules is far superior to that of vitamin C, carotene, lecithin and all other known antioxidants. More importantly, hydrogen has great human safety.

The methods of using hydrogen to treat diseases mainly include breathing hydrogen, injecting hydrogen-rich solution and drinking hydrogen-rich water. According to statistics, my country's clinical research experiments using hydrogen-rich water have been carried out in xxx301 General Hospital, Union Hospital, Tiantan Hospital, Tongren Hospital and other hospitals. The topics involve ophthalmology, burns, brain injury, severe hepatitis B, liver cirrhosis, sub-health, etc. Clinical and basic research of various diseases. The cooperation project "Protective Effect of Hydrogen Molecules on Oxidative Stress-Related Injury of Multiple Organs and Tissues" between Vitality Hydrogen Source Company and Taishan Medical College, which provides free experimental hydrogen-rich water for nearly 20 hospitals, won the "Shandong Science and Technology Award". "From the current global research results, it has not been found that hydrogen has any toxic and side effects on health. The research on hydrogen-rich water in China started late, and it is urgent to spread the health concept of hydrogen-rich water to doctors and patients more widely, and benefit The general public." Sun Xuejun said.

The role of hydrogen-rich water

4. Strong penetration, can penetrate into the vascular endothelial space and other tissues, remove sediments, activate cells and tissues, open up blood vessels, and improve blood circulation.