What is hydrogen water and where do you get it？

Hydrogen-rich water, also known as Hydrogen Water. An appropriate amount of hydrogen is dissolved in the water, and hydrogen water is called hydrogen water in Japan. The taste is very neutral, no different from drinking boiled water or pure water, colorless, odorless and airless. Hydrogen itself is an optimal natural antioxidant, so water added with hydrogen has a strong reducing function, which can neutralize reactive oxygen species (free radicals) in the blood and cells of the body. The negative potential of hydrogen water has -300~-500 (mv) antioxidant capacity, that is, 0 is the median, and the larger the negative value, the stronger the antioxidant capacity. There are two types of Japanese water, natural and artificial. There are currently a variety of hydrogen water generators that can produce hydrogen-rich water at home by themselves. The principle of hydrogen-rich water is that the "magnesium" in the hydrogen water rod meets water to generate magnesium hydroxide and hydrogen, and the equation is as follows: Mg+2HO→Mg(OH)+H2. 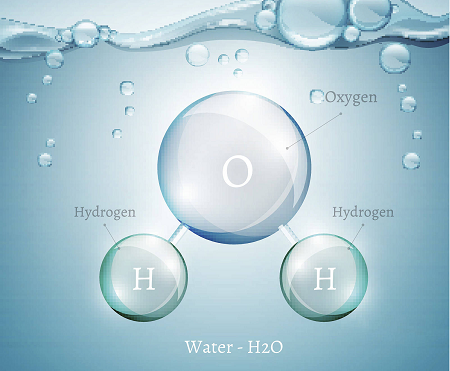 What is the principle of hydrogen-rich water machine? The chemical equation is 2H2O=electrolysis=2H2(gas)+O2(gas). Under the action of electric current, the electrolyte undergoes oxidation reaction and reduction reaction on the two electrodes respectively. At the cathode, hydrogen (H2) is formed by reducing water, and at the anode, oxygen (O2) is formed by oxidizing water.

Hydrogen-rich water has more than all known antioxidants such as vitamins A, C, E, green tea, etc., and the negative potential reaches an amazing -500mV, which comprehensively removes malignant reactive oxygen species (free radicals) from the human body. Vicious reactive oxygen species cause various cancers and common diseases in life, which can be described as "the source of all diseases".

The content of hydrogen molecules in hydrogen-rich water is 20 times that of ordinary weakly alkaline ionized water, and the ability to remove acidic substances in the human body is stronger.

"Water quality determines physical fitness", but not many people really understand the importance of water to life and health. Therefore, some people call water a "forgotten nutrient". According to the statistics of the World Health Organization (WHO), 80% of diseases and 1/3 of human deaths in developing countries are attributable to water. Professor Li Fuxing, director of the China Healthy Drinking Water Professional Committee, pointed out that the water we usually drink or use will indeed shorten our lives. Good water determines longevity.

Hydrogen-rich water is not only clean, but also has hydrogen and energy. The water is a small molecule of living water mass, and negative ions are deeply absorbed by 80%, purifying the blood, making the blood smooth, exuberant metabolism, preventing various diseases, and improving human health.

With the diversification of market consumer demand and the enhancement of health awareness, consumers are paying more and more attention to the health elements of products while considering simply quenching their thirst and avoiding the heat. Therefore, in the future development of drinking water, it will gradually change from a single thirst quenching and summer escape to health, nutrition, and beauty. Hydrogen-rich water beverages are expected to become the new favorite and mainstream development trend of the beverage market.

The hydrogen ions of hydrogen-rich water can neutralize the excess reactive oxygen species (H2+O=H2O) in the body and combine into water, which is excreted with urine to help cell metabolism. It is safe and environmentally friendly. It has no toxic and side effects on the human body, and there are no clear contraindications. with taboo crowds. The industrialization of hydrogen-rich water is in line with the development trend of "nutrition, hygiene and convenience" in my country's food industry. Hydrogen-rich water will have a certain position in the field of beverages and health foods in the future, not only as people's daily drinking water, but also as raw materials and ingredients for nutritional supplements or functional foods. If added to baby food and beauty masks, it can enhance children's immunity, help women's skin whiten, and remove age spots.

Conclusion: Hydrogen-rich water has high nutritional function and development and utilization value, which is in line with the food industry.

The development trend of "nutrition, hygiene and convenience" in the industry.