The principle and operation of sodium hypochlorite generator

When working, first turn on the power supply, the sodium hypochlorite generator will add ordinary industrial salt (about 0.35 yuan per kilogram) into the salt chemical device and dissolve it into about 10% salt water, open the valve to let the salt water enter the salt storage tank through filtration and sedimentation; then, Start the self-dispensing switch, and the equipment will automatically mix brine to dilute brine with a concentration of about 3.5%; then open the valve to adjust the flow meter, so that the mixed brine can pass through a set of cathode and anode tubes according to the set flow rate. ; Sodium hypochlorite generator Finally, start the rectifier current switch, and open the cooling water valve to cool the electrolytic cell, and the sodium hypochlorite generator starts to work. In this way, the whole equipment produces a standard sodium hypochlorite generator liquid (concentration is about 1%); finally, the liquid medicine automatically flows into the liquid storage tank, which is convenient for storage and dosing at any time.

Pickling: The generator needs to be pickled once for a total of 250 hours of operation. The pickling cycle should be extended or shortened according to the water quality. When pickling, first open all the emptying valves to drain the accumulated brine in the pipeline, and then open the acid inlet valve. and the acid outlet valve, until the acid water flows out from the organic pipe of the acid outlet and venting pipe, close the acid inlet valve, wait for the acid water to soak in the electrode tube for 1-2 hours, then drain the acid water, and then backwash it again. The concentration of diluted hydrochloric acid is about 10%. 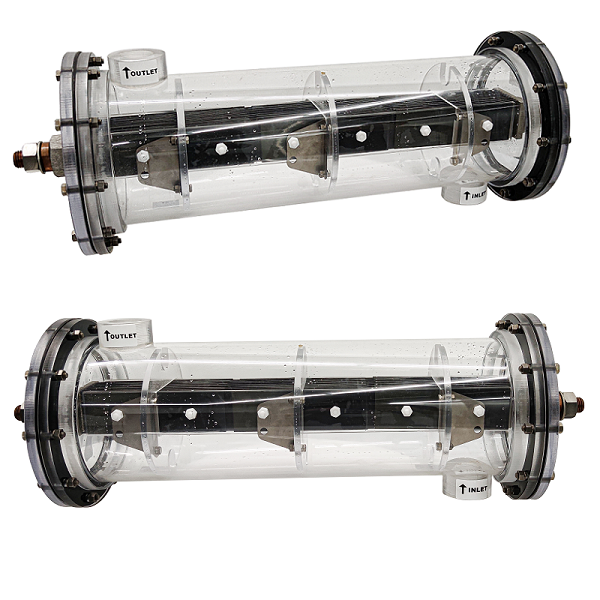 ①In general automatic operation, there is no need for special personnel to manage it. It can work for (7-10) days once salt is added. It will automatically stop and alarm when there is a lack of salt water. When salt is added, the generator must be backwashed once.

③ Regularly check whether the power connection bolts are loose and generate heat, and whether the filter net in the high-level salt tank is blocked, and remove them in time.

4. The sterilization and virus killing principle of the sodium hypochlorite generator roughly has the following three modes of action:

Secondly, in the process of sterilization and virus killing of hypochlorous acid, the sodium hypochlorite generator can not only act on the cell wall and virus shell, but also because the hypochlorous acid molecule is small and has no charge, it can also penetrate into the body of bacteria (viruses) and interact with bacteria (viruses). Virus) body proteins, nucleic acids, and enzymes and other organic macromolecules undergo oxidation reactions, and the sodium hypochlorite generator kills pathogenic microorganisms.

At the same time, the chloride ions produced by hypochlorous acid can also significantly change the osmotic pressure of bacteria and virions, and the sodium hypochlorite generator makes the cells inactive and die.

It is also worth affirming that since the disinfectant produced by the sodium hypochlorite generator does not produce free chlorine in the water like disinfectants such as chlorine gas and chlorine dioxide, it is generally difficult to form carcinogens that are unfavorable to human health due to the presence of free chlorine. ; Unlike ozone, as long as there is a very weak amount (0.001mg/m3) in the air, it will cause damage and poison to life; moreover, it will not form hydrochloric acid as chlorine reacts with water. Severe corrosion of the pipes.