The development history of water ionizer

In 1931, according to the water quality characteristics of the longevity area, Japan developed the world’s first Taiwan water ionizer.

In 1932, Japan began to study the effects of electrolyzed water on animals and plants.

In 1960, the drinking electrolyzed water device began to apply for becoming a medical device.

In 1966, Japan issued the No. 1 medical device certification for drinking devices (electrolyzed water for medical use) Generate equipment.

In 1979 in Japan, the new generation of continuous drinking device was certified. 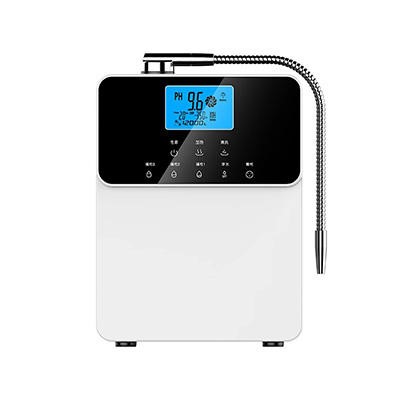 In 1994, the Japan Cancer Control Center issued a report "Free radicals are the cause of cancer." And it is confirmed that electrolyzed water can indeed get rid of free radicals in the human body.

In 1995, from a scientific point of view, the certification of the water electrolysis device began again.

In 1999, the General Assembly of the Japanese Medical Association published research and inspection contents for electrolyzed water. Currently, Japan has nearly a hundred manufacturers of water ionizers Panasonic, Tokyo, Sanyo, well-known home appliance companies such as Hitachi have their own brand of water ionizers, and the water ionizers have become Japanese.

The essential health appliances for this family Taiwan introduced electrolyzed aquatic products in the late 1970s, today from basic research, product development, brand promotion and market development.  It is a region comparable to Japan. Taiwan has not only developed well in its domestic market. It is a region where a large number of products and technologies are exported to Japan and Southeast Asia.

In 1974, the electrolyzer was introduced to South Korea.

In 1964, the predecessor of Taiwan Guohui Enterprise Group was established and operated in Taichung at the beginning of its establishment home appliances gradually developed into the chief agent of various well-known brands in Taiwan. And voted in 1970 capital to build factories, develop and produce electronic products. The main products involve computers, household appliances, sanitary.

The production of satellite communication equipment and the processing and production of parts and components, supplying electricity to many well-known manufacturers in the world Sub-elements accessories and circuit boards.

In 1990, Guohui Enterprise combined the world's advanced technology and its own processing and production advantages started to invest in the production of electrolyzers, and established Lepu Electronics Co., Ltd. to expand the electrolyzer market.