The Benefits of Using a Commercial Reverse Osmosis System

The Benefits of Using a Commercial Reverse Osmosis System

With the progress of science and technology and the rapid development of industry and agriculture, the land is increasingly polluted. The groundwater purified by nature is no longer suitable for direct drinking. At present, the common pollution sources of groundwater are:

1) Industrial wastewater and other industrial wastes; 2) Pesticides and fertilizers for agriculture permeate into the ground with irrigation water;

3) Domestic sewage, septic tank and drainage facilities; 4) Other pollutants infiltrate through rivers and lakes; 5) Landfill and leakage of other pollutants; 6) Sea water intrusion.

2. According to the analysis of experts, the liver function of the 18 year old developing teenagers has not been fully developed, and drinking unclean water from an early age will do great harm to the next generation. The elderly drink unclean water due to the decline of their detoxification function, which is more harmful to their bodies. 2、 What substances harmful to human body are contained in daily water?

American water quality experts pointed out that because of the serious water pollution at present, if everyone drinks ordinary water, it will increase the burden of liver function, and even cause some problems. If you can drink clean water, in addition to enhancing liver function, it will help detoxification, excretion of waste, enhance the body's immunity, and reduce the occurrence of diseases. Therefore, people who often drink straight water will be more able to adapt once they drink ordinary water. 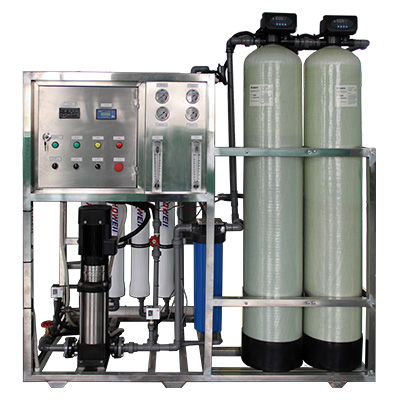 1. Reverse osmosis water purifier is a high-tech product. It was developed by many American scientists with countless efforts, time and money, and is not comparable to ordinary water filters. According to reports, in the 1960s, the United States spent about 500 million dollars to solve the problem of drinking water for astronauts on the moon. Therefore, direct drinking water is also called space water in the United States. Its function has been proved to be able to effectively remove pesticides, bacteria, pigments, heavy metals and impurities, retain good water molecules and separate bad water molecules. In addition, the principle of reverse osmosis is also used for seawater desalination and medical treatment.

2. The reverse osmosis water purifier was originally a waste water recycling machine used by astronauts in space life. It can treat all kinds of waste water in urine through RO membrane and then drink raw water. If there is a problem, astronauts cannot take this risk.

3. How does drinking straight water help your health? Direct drinking water itself is a kind of living water, which contains sufficient oxygen and a small amount of minerals beneficial to the human body. It has the function of activating cells and promoting metabolism for the human body, and can enhance the body's immunity and resistance. The so-called all diseases are caused by lack of oxygen. Drinking clean water can wash away the impurities left in the body in the past, which is less likely to cause disease.

4. What is RO membrane reverse osmosis method? RO is a reduction of Reverse Osmosis in English, which means [reverse osmosis] in Chinese. Generally, water flows from low concentration to high concentration. Once pressurized, water will flow from quotient concentration to low concentration, which is called reverse osmosis principle; Since the pore diameter of RO membrane is one millionth of that of hair, it is invisible to the naked eye, and bacteria and viruses are 5000 times larger than it. Therefore, only water molecules can pass through, and other impurities and heavy metals are discharged from waste pipes. Therefore, this method is used in seawater desalination process and astronaut wastewater recovery and treatment. It is a high-tech artificial kidney in vitro.

6. What is the difference between straight drinking water and distilled water? Distilled water is water produced by boiling, which is anoxic [dead water]. It contains residual chlorine and other gases, and has high manufacturing cost and high price. Developed countries in Europe, America and Japan are only used for experiments. The direct drinking water itself is [living water], containing oxygen and mineral ions, which can strengthen human tissues and activate cells, enhance immunity, and have auxiliary effects on hypertension, stones, etc. In developed countries, 90% of people eat direct drinking water.

7. The tap water has passed the inspection of the government. Is there a problem? If the water can't be drunk, not everyone is finished? The water company is also constantly strengthening the work of water purification to meet the drinking standards as much as possible. However, from the waterworks through the water pipes, water towers to the family role, there has been a second or third degree of pollution. Drinking water that is more suitable for general washing will increase the burden on the kidney and liver. Therefore, if we have no choice, we only have to drink tap water. If we have a choice, we might as well choose direct drinking water. The direct drinking water produced by our own water purifier is fresh, safe, reliable, and can be directly drunk, and the cost is extremely low. The 18.9 liter barrel is about 0.26 yuan.

9. People need to drink water only to supplement water, not to absorb nutrition. Its most important indicator is the purity and purity of water quality. Direct drinking water can meet this requirement. It is extremely soluble, helps the human metabolism to the maximum extent, expels impurities from various organs, improves the human immune ability, and reduces the incidence of various lithiasis and cardiovascular diseases.

10. For those who often drink boiled water, we usually drink less raw water at home. We only drink it after boiling it. Is that OK? Boiling water is a relatively primitive disinfection and sterilization method, which may be a simple and economic method in areas with less water pollution. But today, water pollution is so serious that it can not meet the requirements of human beings. The 100 ℃ high temperature only kills viruses and bacteria. However, chloroform and other bacterial bodies in the water will be concentrated with the boiling water for a long time, which is harmful to human health. Besides, boiling water wastes gas and electricity, and the taste of boiling water is also very bad. With the improvement of living standard, we should find another shortcut. The scale contains heavy metals harmful to human body, such as cadmium CD, aluminum PB, arsenic AS, mercury HG. The toxicity of these heavy metal ions to human body can mostly be accumulated in the human body, which is easy to cause cancer lesions over a long period of time.

11. The water from the water purifier is the tap water temperature. What should we do in winter or making tea? Can reheat drinking temperature to 100 degrees. It's up to you to choose. According to Japanese authorities, the best taste of tea can be obtained by brewing tea with 95 degrees of direct drinking water. If you boil water with direct drinking water, you don't have to worry about scale at the bottom of the pot or tea stains on the wall of the teacup.