When a small amount of salt is added to tap water and electrolyzed through a diaphragm, the water generated at the anode has a quick-acting sterilization effect, and thus attracts attention.

Compared with general disinfectants, it has good performance in terms of safety and sterilization effect on organisms, but it is easily affected by ultraviolet rays and organic substances, and sometimes cannot achieve the expected effects.

1. The essence of electrolyzed acidic water

In order to promote the electrolysis of tap water, a small amount of salt is added, and the acidic water generated at the anode through the separator, especially the electrolytic acidic water as "sterilizing water", has been theoretically explained a lot.

As one of the indicators of the bactericidal performance of electrolyzed acidic water, the residual chlorine concentration is often mentioned. Practically all chlorides such as hypochlorite ion, hypochlorous acid, chlorine gas are included.

The development concept of electrolyzed acidic water is that the functional water with high bactericidal effect produced by electrolysis of tap water is hypochlorous acid solution.

Regarding redox potential, pH is an unavoidable question. Oxidized water is made from tap water as raw material, and there are various positive and negative ions. As a result, the relationship between the oxidation and reduction potential cannot be quantitatively expressed, but the relationship between the two can be qualitatively expressed as shown in the figure below.

The compound form of chlorine in water is shown in the figure below.

5. The influence of the presence of organic matter on the bactericidal effect

When using electrolyzed acidic water for daily clinical use, it should be noted that the presence of organic substances such as blood will drastically reduce the bactericidal effect.

6. Sustainability of the effect of electrolyzed acidic water 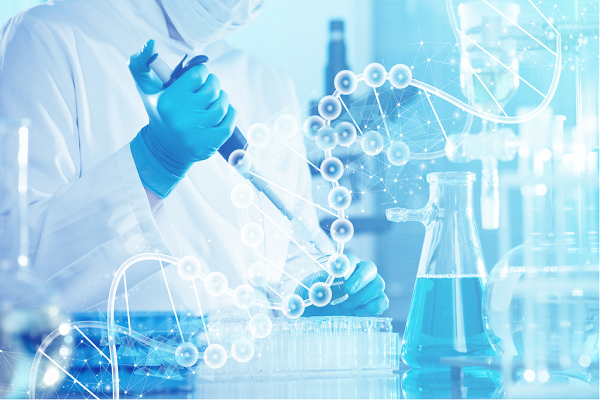 Hypochlorous acid is an unstable substance, and its reactive oxygen species have a short lifespan and will be decomposed by light, air, and other factors.

The effect retention time, the definition itself is the same, and it will be different according to the different types of manufacturing machines.

When storing strongly acidic electrolyzed water at room temperature, it should be kept in an airtight place away from light, and its period is 60 days. About the period

For the number of days, please refer to the following. Storage conditions are only in closed containers for a period of 15 days;

In the case of an open container, the period is 32 hours.

Whether it is hypochlorous acid or sodium hypochlorite, it will be reductively decomposed due to the influence of heat, ultraviolet rays, etc., resulting in a weakening of the redox potential. Moreover, it is easy to cause the weakening of the redox potential when it comes into contact with organic substances. While this substance has strong oxidizing ability, it has poor stability. Therefore, it is recommended to store in a cool place.

Using the principle that chlorine will make potassium iodide starch test paper turn blue and purple, it can be used as a simple method to detect the bactericidal power.

When the electrolyzed acid water is poured into the liquid storage tank and used, the residual chlorine concentration will be weakened due to the open container. Therefore, it needs to be replaced with a new one every time it is used.

In the future, electrolyzed acidic water is recognized as a medical product, and it needs to be tested for acute toxicity, sub-

8. Regarding use in hospitals

The three major elements of traditional disinfectants are contact time, use temperature, and concentration. Compared with traditional disinfectants, there are no special requirements for the relationship between the three major elements and electrolyzed acidic water. Therefore, it is necessary to formulate a new concept for the electrolysis of acidic water.

A method to evaluate its disinfection effect based on in vitro results is being discussed. The effect of water clustering on the washing effect is expected. This electrolyzed acidic water can be understood as <washing water with bactericidal effect>.

1) After washing the non-metals once, it is used for the dipping method

3) Sterilize ingredients and utensils in the kitchen

When acid water is used for daily handwashing, in some cases with dry and rough hands, the number of bacteria increases after handwashing. Handwashing with acidic water cannot kill the bacteria attached to the fingers, and is not suitable for finger disinfection in the operating room.

At present, the safety to living organisms has not been confirmed, and it has not been recognized as a medical material; and there must be organic substances attached to the mucous membranes, so the effect of acidic water may be affected.

The following concentrated uses are mentioned in the Society's reports and literature. ① Wipe test on the patient, ② at the wound

When used for bladder cleaning and bedsore treatment, the cleaning effect is more expected than the sterilization effect. In use, it is also necessary to pay attention to the removal of the leachate and necrotic substances before use.

Sodium hypochlorite on the market has a pH of 8.2, a HOCI of 15%, and an OCI of 85% at a concentration of 200 PPM that is actually used. There is a HOCI of 30PPM, which is the same as the available chlorine concentration of acidic electrolyzed water

(HOCI is 30PPM) basically the same. A big problem when used in large quantities for intra-abdominal cleaning. Therefore, under the circumstance that the safety of acid water has not been recognized at present, it is necessary to be cautious when it is used to clean the internal organs of the body cavity.

When electrolyzed acidic water comes into contact with the object to be sterilized, the oxidation-reduction potential and residual chlorine concentration will decrease.

However, the pH value is basically not affected and remains very low, so it cannot meet the drainage standard. Therefore, when a large amount is discarded, the pH of the microbial treatment tank in the sewage treatment facility will decrease, which will adversely affect the activated sludge, and there is a possibility of damaging the drainage pipe, so it is necessary to pay attention.

In this case, it is recommended to stir and neutralize the strongly alkaline reduced water produced at the same time when the electrolyzed acidic water is produced, and then discharge it.

The chlorine gas produced by the electrolysis of acid water is heavier and toxic than air, so there will be great problems in the storage tank with a large volume and the closed room, so the ventilation problem of the production workshop and the working environment must be paid attention to.

As other functions of electrolyzed acidic water, there are many reports on the treatment of atopic dermatitis and refractory wounds, but there are some phenomena that cannot be explained only by the bactericidal effect. This shows that in addition to the cleaning and sterilization effect on surface diseases, there may be other effects.

The effect of other debridement, as well as the promotion of granulation formation and the reduction of leaching fluid, both promote the effect of skin blood flow. The active oxygen in acidic water as functional water includes, O -, ·O -, ·OH, 1O, HO, etc.

It can be produced from water, Hradical and OHradical, and 2Oradical can be produced from O2, and the latter can produce hydrogen peroxide (H2O2) after reaction with water. These Radicals have a very short lifespan, but OH radicals in the preservation solution of electrolyzed acidic water can exist stably for a long time.

On the other hand, this reactive oxygen species has adverse effects on organisms, such as destroying genes and killing cells with pharmacological effects. For the reason of appeal, when acid water is used in living organisms, care must be taken to use it on specific lesions within a short period of time.

10. Problems in the evaluation of the function of electrolyzed acidic water

Regarding the bactericidal effect, it can be understood as the effect of sodium hypochlorite through past research, but the hypochlorous acid in acid water has not been quantified, and the material balance of CI2 has not been fully discussed.

Therefore, it is necessary to prepare an aqueous solution of hypochlorous acid having the same concentration of hypochlorous acid as that of acidic water, and then to compare the sterilization effects. Also, a strong acid electrolyzed water (pH 2.7, ORP 1000mV) was produced with an unexpected electrolyte from NACI, and a comparative study of the bactericidal effect was conducted.

It is difficult to describe and prove the clinical effect of promoting wound healing, and evaluation is performed in consideration of the influence of the natural healing power possessed by the living body. The details of the active oxygen in the electrolyzed acidic water will require further studies in the future.

11. The debut of new electrolyzed water

The general performance of the models on the market is that the pH is 2.3-3.2 (average 2.7), the effective chlorine concentration is 7-50PPM, the redox potential is 1000-1200mV (average 1100), and the oxygen concentration is about 10PPM. The function of electrolyzing acidic water is determined based on the above four factors.

But recently, <weak acid electrolyzed water> with pH5.5, redox potential of 800-1000mV, and effective chlorine concentration of more than 50PPM has appeared. This is produced by electrolysis in the vicinity of pH 5.5, where the content of hypochlorous acid is the highest. The sterilization effect of this weakly acidic electrolyzed water is the same as that of diluting sodium hypochlorite to 200PPM, and it can effectively utilize residual chlorine.

<Neutral electrolyzed water> is a solution in the weakly acidic neutral range of pH 5.5-7. No matter which one is, from the perspective of redox potential, it is beyond the limit of microbial survival.

In the case of weak acid, in the inactivation test stored at room temperature, the residual chlorine concentration is very high, and the effect can be maintained for a long time and is stable. In particular, the chlorine concentration in the gas accumulated in the upper layer of the storage container is 100PPM in the case of strongly acidic electrolyzed water, compared to 1PPM in weakly acidic electrolyzed water, which shows that residual chlorine is not easily volatile in a weakly acidic environment .

Weak acid electrolyzed water has made up for the shortcomings of the past acid water, and has attracted attention as a new acid water.

Compared with the conventional disinfectants, it has the possibility of being widely used in the medical industry and various other fields after grasping the characteristics of drainage hazards, safety to living organisms, and bactericidal effects. However, the acute toxicity of cytotoxicity and chlorine gas is undeniable, so it is necessary to have a correct understanding of it.

It has been recognized in vitro for its strong sterilization effect, but it is thought that it will be difficult to use it as a substitute for the disinfectant used in daily life. Three factors, such as the amount of organic matter attached to the object to be disinfected, the type and the amount of bacteria, will affect the sterilization effect. In addition, on the issue of the indicator of bactericidal effect, pH has no indicator function at all, and redox potential can be used as an indicator to some extent. But the essence of bactericidal properties is hypochlorous acid.