Is hydrogen rich water cup good for you

Why does hydrogen-rich water have such a powerful effect?

Hydrogen biomedical research originated in Japan. Hydrogen-related products have long entered the market in Japan and formed a large scale, reaching 30 billion yen in 2014. The fundamental reason is that after years of research, it has been discovered that hydrogen can selectively neutralize toxic free radicals. The root cause of many chronic diseases that are difficult to cure in humans is toxic free radicals. Hydrogen molecules are far superior to vitamin C, carotene, lecithin, etc. The selective antioxidant activity of all antioxidants known to mankind has a strong preventive effect on allergic dermatitis, constipation, hypertension, diabetes, cancer, hepatitis B, atherosclerosis and other symptoms caused by free radicals. More importantly, hydrogen has great human safety. 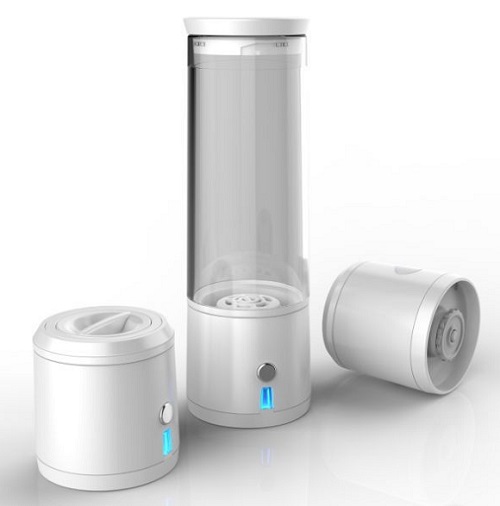 "Nutrition Research" (Nutrition Research) 28 (2008) published a research paper on the treatment of diabetes by hydrogen. This study from Japan, Kajiyama et al. showed that oxidative damage (inflammation) caused by high blood sugar is related to diabetes, hypertension, and arteries. Atherosclerosis and other diseases are closely related, and hydrogen can effectively alleviate these symptoms.

The benefits of hydrogen-rich water for sub-healthy people

In 1956, Dr. Harman of the United Kingdom put forward the famous "Free Radical Aging Theory", pointing out that the root of human aging and illness is free radicals. Studies have confirmed that supplementing from the source, antioxidants, which can scavenge free radicals in the human body, is the key to realizing the desire of human beings to improve sub-health and prevent diseases.

In 2007, Professor Naruto Ota of the Medical University of Japan published a long paper "Hydrogen as an antioxidant treatment by selectively reducing cytotoxic oxygen free radicals" in the world-renowned journal "Natural Medicine", and pointed out that hydrogen is a selective anti-oxidant. Oxidizing substances can scavenge free radicals in the human body.

Hydrogen-rich water is favored in Japan, South Korea, Europe and the United States

Japan was the first country to develop hydrogen water and put it on the market. After the emergence of positive scientific research results of hydrogen-rich water for human health and disease treatment, Japanese companies found business opportunities and actively participated in it. On the one hand, the hydrogen-rich water is promoted to the public health drink market, and on the other hand, it actively sponsors medical institutions to carry out in-depth research in various forms. The research on hydrogen-rich water in China started late, and there is an urgent need to spread the health concept of hydrogen-rich water to doctors and patients and benefit the general public.