Is alkaline water machine worth it?

Water is the source of life and the foundation of health; Long life is (good) nourished by water, while illness is (bad) caused by water.With the progress of science,people pay more and more attention to the importance of drinking water on human health.As the tap water is polluted by heavy metal ions and Escherichia coli during transportation, pressurization and storage,it is not suitable for drinking directly;The traditional "boiling method" of boiling water can only kill the bacteria in the water,but cannot remove the impurities in the water and the dead bacteria.Drinking water will still have adverse effects on the human body. As a result, a wide variety of bottled water in the market is rolling in.However, the secondary pollution of barreled water after it is turned on, and the fact that purified water and distilled water contain little or no minerals, etc.,has brought a lot of confusion to people. In recent years, at the seminar on "Water Purification and Health" held in Shanghai, the experts who attended the seminar unanimously proposed that "drinking pure water for a long time will inevitably bring about irreversible negative effects on the health of children and the elderly". Medical experts also advised 300000 users in Shanghai: "Drinking pure water often is harmful to the health of a generation".At the same time, some people began to research and develop the functions of drinking water. A variety of functional drinking water came into being in the market, such as magnetized water, Maifanshi water, activated water, ionic water and electrolytic water. 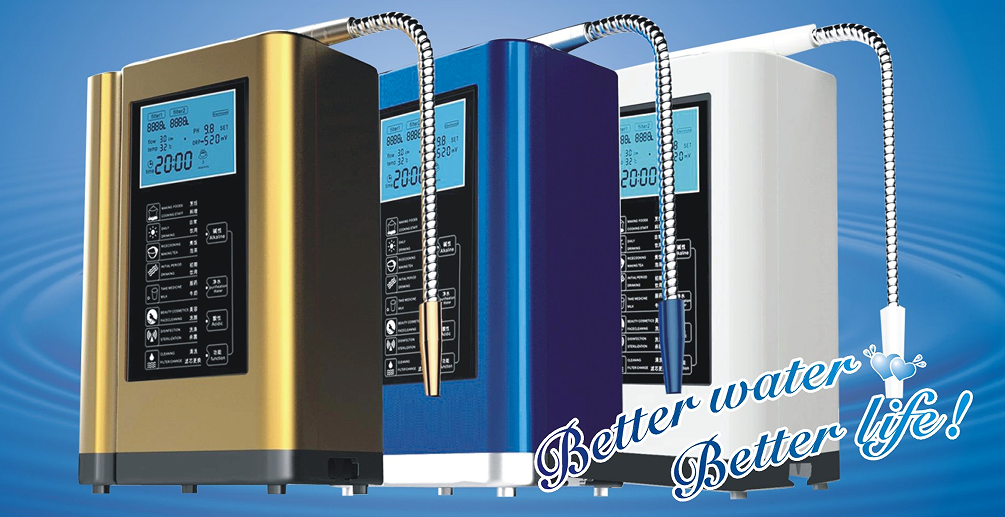 (1) The content of heavy hydrogen in water is low;

(2) Water should have a variety of water containing complex ion groups of elements that are beneficial to life and health;

Of course, functional water must also meet the six standards for high-quality healthy drinking water proposed by WHO:

(2) The water contains minerals and microelements in proper proportion and exists in ionic state, which is suitable for human absorption;

(6) It contains an appropriate amount of oxygen (about 5mg/L).

Therefore, "functional water" refers to safe and non-toxic drinking water that can not only meet the basic physiological functions and metabolic needs of the human body, but also comprehensively promote human health.The reason why functional water can comprehensively promote human health is that its water molecular group is small (5-7 water molecules), its heavy hydrogen content is low, and it contains a variety of life beneficial elements and its aqueous complex ion group. In ordinary drinking water, the content of heavy hydrogen is high and the water molecular group is large (10-13); However, the functional water has less deuterium content, small water molecular group, high activity,strong permeability and good solubility, which is conducive to the absorption,transportation and utilization of various nutrients, and promotes the speed of biochemical reaction of human body and the synthesis, replication and transcription of cellular DNA.Various elements (sodium, potassium, magnesium, zinc, calcium, iron, chromium, etc.) contained in functional water and their aqueous complex ion groups play a catalytic role in the process of human biochemical reaction, some directly become the activation center of biological enzymes, and some affect the synthesis and replication of DNA.Therefore, some people call these element ions "life catalytic activation power element group".Life science research believes that whether the human body is healthy depends on whether the DNA sequence and three-dimensional structure of the nuclear genetic gene carrier remain normal in the final analysis.The research shows that functional water has high-energy multi element water complex ion group,which can rearrange the double helix structure of DNA and make the DNA structure more regular;It can further catalyze and activate cells, accelerate cell division and proliferation, and regulate cell metabolism.In ordinary drinking water, although some of them also have many beneficial elements, their energy levels are too low and have little impact on health after drinking. Functional drinking water, fundamentally, is closely related to the continuous reorganization, replication, transcription and protein synthesis of human genetic vector DNA, which directly affects human health.This is the fundamental reason why drinking functional water is advocated.In addition, the PH value of functional water is weakly alkaline. Long term drinking will help regulate the acid-base balance of the human body and create a good living environment for cell metabolism; The functional water hose has negative potential and strong antioxidant effect, which is conducive to removing the redundant "free radical" garbage in the human body, protecting the cell health and delaying human aging.

Electrolytic ionized water is also called electrogenerated functional water. It is the most widely promoted and studied functional water at present, and it is also the first functional water with great significance for human health.Generally, ordinary tap water is purified first, then water molecular groups are dispersed, reduced and rearranged under the action of electric field through positive and negative electrodes, so that the redox potential (ORP) of one part of water is positive, and the ORP of the other part is negative. Finally, positive ion water (acidic electrolytic water) and negative ion water (alkaline electrolytic water) are obtained through membrane separation technology. Positive ion water, with positive potential, slightly acidic, high oxygen content, has the effect of convergence and bleaching, and has an instant killing effect on bacteria and other microorganisms, which can be used for beauty, hairdressing and disinfection. Anionic water, with negative potential, is alkaline and sweet in taste. It is a very good functional drinking water and has a certain health care effect.

(1) It contains rich alkaline dissolved minerals, such as calcium, magnesium, potassium, sodium and other beneficial ions;

(3) Negative potential is helpful to eliminate excess "free radicals" in the body;

(4) PH is weakly alkaline, which helps to balance the body's acid and base.