The desalination rate is high, and bacteria, toxins and other organic substances can be removed at the same time, and the effluent quality meets the national standard GBI7323-1998;

·Advanced membrane protection system, when the equipment is shut down, the desalinated water can automatically wash away the pollutants on the membrane surface and prolong the life of the membrane.

·The system has no vulnerable parts, does not need a lot of maintenance, and has long-term effective operation.

Reverse osmosis equipment can not only be used in the food and beverage industry, but also in the electronics industry for cleaning water, reclaimed water treatment and recycling, brackish water, seawater desalination, etc.

The working principle of RO reverse osmosis is: under the action of external force, the solute in the solution is forced to separate from the solvent by means of the interception effect of the semi-permeable membrane, so as to achieve the purpose of concentration, purification or separation, and can remove more than 90% of the solubility from water. Salts and more than 99% of colloidal microorganisms and organic matter, etc.

At present, the following three theories are popular in the academic circle to explain the mechanism of reverse osmosis separation: 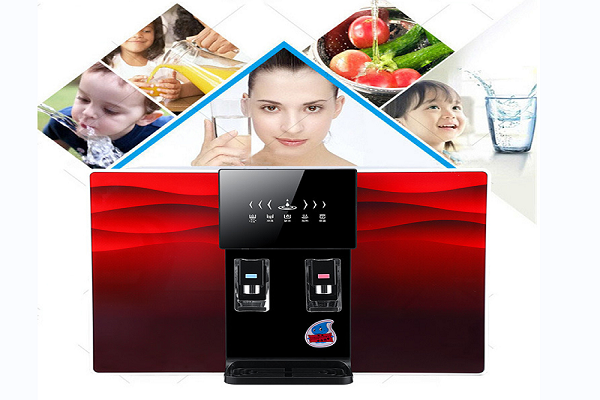 Lonsdale et al. proposed a dissolution-diffusion model to explain the phenomenon of reverse osmosis. He treats the active surface skin of reverse osmosis as a dense, non-porous membrane, and assumes that both solutes and solvents are soluble in a homogeneous non-porous membrane surface layer, each diffusing through the membrane driven by chemical potentials caused by concentration or pressure. Differences in solubility and diffusivity of solutes and solvents in the membrane phase affect the amount of energy they pass through the membrane. The specific process is divided into: the first step, the solute and the solvent are adsorbed and dissolved outside the surface of the feed liquid side of the membrane; the second step, there is no interaction between the solute and the solvent, they are driven by their respective chemical potential differences. way through the active layer of the reverse osmosis membrane; in the third step, the solute and solvent are desorbed on the surface of the permeate side of the membrane.

In the process of the above solute and solvent permeating the membrane, it is generally assumed that the first and third steps are carried out very quickly. At this time, the permeation rate depends on the second step, that is, the solute and solvent are driven by the chemical potential difference. Diffusion through the membrane. because

The selectivity of the membrane allows the separation of gaseous or liquid mixtures. The permeability of substances depends not only on the diffusion coefficient, but also on their solubility in the membrane.