Home » News » Hydrogen's nature and use

Hydrogen's nature and use

Will the physical and chemical properties of hydrogen affect its use? What should be paid attention to when applying hydrogen?

As the smallest molecule in nature, hydrogen is flexible and highly penetrating. It has low solubility in water and is easy to escape. (These characteristics determine that the amount of hydrogen dissolved is limited, and it needs to be placed in an aluminum alloy container after dissolution, otherwise It is difficult to maintain a stable hydrogen concentration in the water for a long time).

Although hydrogen molecules are small, they actually contain a lot of energy (think hydrogen bombs). Hydrogen is flammable and can burn under certain conditions in the presence of oxygen. Hydrogen is the highest level of explosion-proof gas (the most explosive). For the gas we use daily, its dangerous level is several levels higher. The mixed gas of hydrogen and oxygen within the explosive concentration range can cause an explosion even with very small amounts of static electricity and sparks. 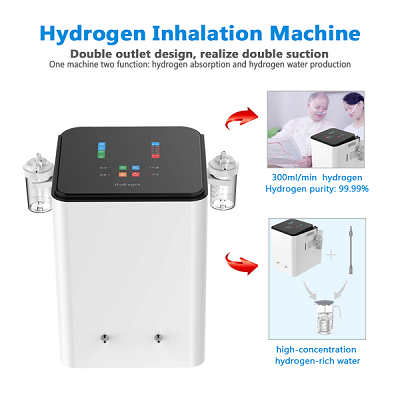 Some scholars believe that a higher concentration of hydrogen and oxygen mixture can reduce respiratory resistance and have a good effect on severe respiratory diseases. If such hydrogen equipment is used, the use requirements are relatively stricter, and the use place should be protected from static electricity and sparks. Try to avoid the accumulation of hydrogen-oxygen mixture. The smaller the volume of the hydrogen-oxygen mixture, even if it explodes, the risk is relatively small.

Therefore, the second evidence for the safety of hydrogen can be summarized as follows: Based on the combustible physical properties of hydrogen, when using gas inhalation for disease treatment and conditioning and rehabilitation, it is first recommended to use a safe concentration of gas inhalation, if necessary, use fuel. The inhalation concentration of hydrogen within the explosion range must be strictly controlled to the volume of the mixed gas, and the presence of static electricity and sparks must be strictly avoided.