According to the China Sleep Index Report 2019, the average time for Chinese people to fall asleep exceeds 12 o'clock in the evening, and 30% of people sleep less than 6 hours a day, and the younger they are, the more disturbed their sleep is. Those born in the 1980s love insomnia, and those born in 90 sleep at the latest, Laying in bed for the longest after 00.

2. Studies have shown that the most effective way to clean up the brain is to sleep

The brain can use the "cerebrospinal fluid" to clear all waste along the blood vessels only when sleeping, but there is no other way. 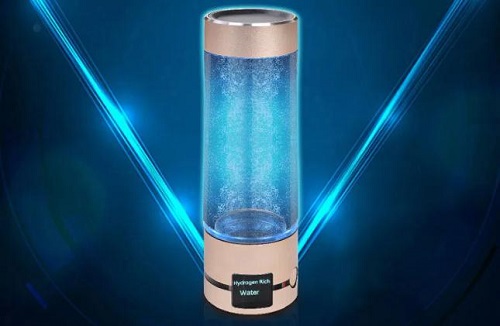 It is worth noting that in these wastes, there is the key to Alzheimer's disease-amyloid beta.

According to survey data from first- and second-tier cities such as Shanghai, Tianjin and Guangzhou, the average age of Alzheimer's patients in my country has been 10 years younger in 20 years! The youngest patient is only 32 years old

To put it simply, those who often stay up late and lack of sleep are more likely to be favored by viruses, including the current new coronavirus. Some young people's bodies are not yet resistant to the elderly.

3. The number of sudden deaths from staying up late every year in China is as high as 550,000

According to the survey data of the Sleep Medicine Association, 90% of sudden deaths, such as cerebral hemorrhage and myocardial infarction, are related to lack of sleep caused by staying up late.

It is a pity that many people will not know the weight of life until the illness strikes.

Li Kaifu, a well-known technology business tycoon, was diagnosed with stage 4 lymphoma on his 52nd birthday. The advent of cancer made him reflect on life.

Generally speaking, the popularity of a successful person is inversely proportional to the amount of time he sleeps. Before cancer, replying to emails in the middle of the night is the norm in his life. He never pays attention to sleep, and he can drink a dozen cups of coffee in one night.

He said: "It was Steve Jobs (the founder of Apple Mobile) who slept less than me. Everyone knows what happened afterwards."

Japanese scholars have also found that hydrogen water has a certain effect on the anxiety caused by work pressure, and can also improve the quality of sleep and reduce the intensity of sympathetic nerve excitement during sleep. Research in this area shows that hydrogen can alleviate some important predisposing diseases that may cause insomnia.

A recent study found that hydrogen has a certain alleviating effect on the lack of concentration caused by insomnia. This effect also suggests that the long-term effects of hydrogen may help to be more awake during the day and sleep soundly at night. Ingestion of more than 0.5 mg of hydrogen per day can meet the daily demand for hydrogen supplementation. Of course, hydrogen can be added as a food additive in unlimited amounts, Which shows that hydrogen is very safe.