The effect of hydrogen on cancer was studied by experts as early as 1975, when high-pressure hydrogen was used, which did not attract the attention of the medical community. Until 2007, Professor Ota Naruto of the Japanese Medical University published for the first time in the journal "Natural Medicine" the biological effects of hydrogen: neutralization of toxic free radicals. Since then, medical experts from various countries have devoted themselves to the research and application of hydrogen medicine. 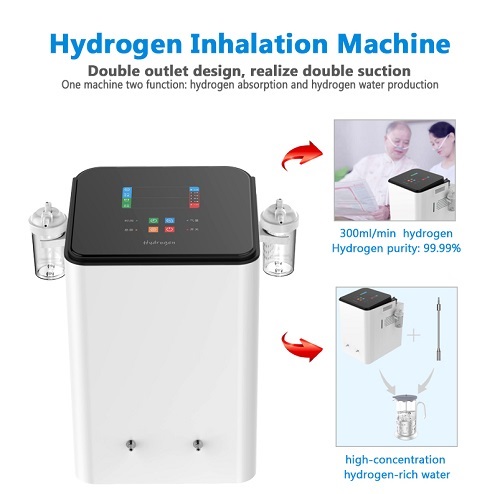 In 2018, Professor Xu Kecheng, a well-known medical expert in my country, used hydrogen inhalation as an adjuvant therapy for tumors, and achieved good results. He also collaborated with Academician Wu Mengchao, the father of liver surgery, Academician Tang Zhaoyou, the founder of small liver cancer research, and cancer induction A group of domestic medical experts, such as the pioneer Academician Wang Zhenyi and the Chinese hydrogen medicine pioneer Academician Sun Xuejun, jointly explore the "real world" of hydrogen cancer control.

Hydrogen has the following three characteristics:

1. Professor Xu Kecheng discovered in his research, hydrogen has a small molecular weight, has a high degree of biomembrane penetration and intracellular dispersibility, and can easily penetrate the biomembrane into the cytoplasm, mitochondria and cell nucleus. The inhaled hydrogen passes through the bloodstream to distribute throughout the body within 10 minutes.

2. The reducibility of hydrogen is weak, and it only selectively neutralizes active and toxic active oxygen species, and has no adverse effects on other free radicals involved in normal signal regulation.

3. H2 is an inert gas and does not react with most compounds. The product of the reaction with free radicals is water, and excess H2 can be excreted from the body through breathing.

In addition, Professor Xu Kecheng also summarized the effects of hydrogen inhalation on cancer and the main principles of hydrogen gas for cancer control, focusing on the following aspects:

ROS is a product formed by the imbalance between free radicals and active metabolites, which triggers the generation, proliferation, survival and migration of cancer cells, and promotes tumor progression. H2 can increase the activity of superoxide dismutase (SOD), catalase (CAT) and glutathione peroxidase (GPx) and reduce the level of ROS.