The composition of smog is very complex, including hundreds of atmospheric chemical particulate matter. Among them, aerosol particles with a diameter of less than 10 microns are mainly harmful to health, such as mineral particles, sea salt, sulfate, nitrate, organic aerosol particles, fuel and automobile exhaust gas, etc., which can directly enter and adhere to the human respiratory tract and alveoli In, damage to lung cells.

In particular, submicron particles are deposited in the upper and lower respiratory tracts and alveoli respectively, causing inflammatory diseases such as acute rhinitis and acute bronchitis. For patients with chronic respiratory diseases such as bronchial asthma, chronic bronchitis, obstructive pulmonary emphysema, and chronic obstructive pulmonary disease, haze weather can cause acute attacks or acute exacerbations of the disease. If you stay in this environment for a long time, it will induce lung cancer; in addition, when it is inhaled, small particles can even enter the blood directly and enter other organs. 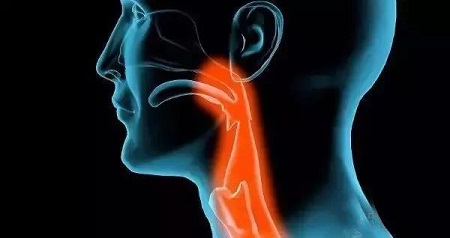 Air pollution has the greatest impact on health in the respiratory and cardiovascular, such as high blood pressure, coronary heart disease, and the nervous system. Because haze mainly affects the lungs directly or indirectly, even if we don’t run or exercise every day, nearly 10,000 liters of gas can be inhaled a day. If the air quality is not good, the long-term accumulation will affect the lungs. The impact is very large.

There is clear evidence from 9 countries including Japan, the United States and Europe that the increase in the incidence of lung cancer is closely related to smog. Every increase in PM2.5 concentration of 10 micrograms/cubic meter increases the risk of lung cancer by 25% to 30%. These are foreign data, and China currently does not have accurate follow-up observations.

Recently, there was a good news from medical colleagues in Shanghai. Experts from the Department of Respiratory Medicine at the Fifth People’s Hospital of Fudan University in Shanghai and Shanghai Changhai Hospital of the Second Military Medical University have made a successful breakthrough in the scientific research project of using hydrogen to treat COPD; Institute of Oxidative Stress The resulting inflammatory response plays an important role in the pathogenesis of COPD. The hydrogen has selective antioxidant properties. Therefore, it is of great practical significance to explore whether hydrogen has a protective effect on COPD.

Research methods of the effects of hydrogen on the lungs

Passive smoking was used to establish a rat COPD model. After successful modeling, the model animals were treated with hydrogen inhalation; the animal lung function test and lung tissue morphological observation were used to evaluate whether hydrogen had a therapeutic effect on COPD. And further through the detection of serum and lung tissue levels of MDA, as well as the levels of inflammatory factors in lung tissues to preliminarily explore its possible mechanism of action.

Research results of the effects of hydrogen on the lungs

The smoking model that lasted for 8 weeks significantly reduced the weight of the rat's Lee's index, and after 2 weeks of hydrogen treatment, the Lee's index was significantly improved compared to the model group.