If you hadn't seen it with your own eyes, you wouldn't believe that an ordinary water cup has many functions: anti-aging, enhancing activity, anti-oxidation, promoting metabolism, etc. Such a magic water cup is produced by Xi'an Qinhuang water company. 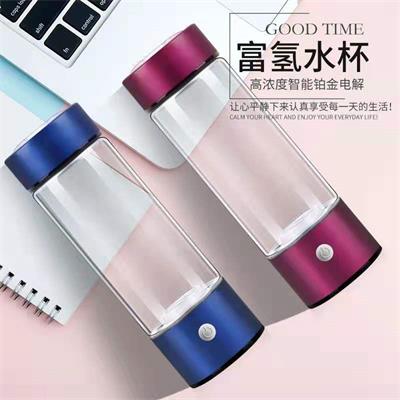 The process of "making" hydrogen from a hydrogen rich water cup. Pour the ordinary drinking water into the unique hydrogen rich water cup, press the switch at the bottom of the cup, and immediately see that the water reacts under the action of the electrolysis device, many tiny bubbles immediately come out, and under the action of the light, there are magic lights, and the scene is very beautiful.

"Bubble emission is the process of hydrogen generation and the production of electrolytic water. Many impurities in water are decomposed in the process of electrolysis, so as to purify water. It can not only remove pesticide residues, decompose trihalomethanes, inhibit the growth of Escherichia coli on vegetables and fruits, and ionize hypochlorite in water, It has obvious preventive effect