Disinfection is an important meaning in a comprehensive disease. Through scientific, reasonable and effective disinfection and transmission of infection, reducing the number of pathogens in farms and poultry houses can reduce or reduce the avoidance of daughters to a certain extent. happened.

The application range of saline-alkali water/chloric acid water has gradually expanded over time. Today we will briefly introduce the detoxification effect of sub-water/hypochlorine water caused by acid once. 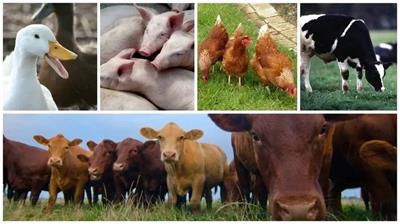 Vuong N. BUI of Hokkaido Agricultural University in Japan and others studied the killing effect of acidic electrolyzed water on foot-and-mouth disease virus. The results showed that acidic electrolyzed water (pH 2.6, ORP between 1109~1112mV) and foot-and-mouth disease virus suspension were mixed for 2 minutes at a ratio of 9:1. This treatment can effectively kill viruses, reducing the number of viruses with RNA activity from 106 to less than 102, and the virus inactivation rate is >99.99%.

African Swine fever (ASF) is an acute, virulent, and highly contagious infectious disease caused by the African swine fever virus (ASFV) infecting domestic pigs and wild boars. It is listed as a statutory report by the World Organization for Animal Health (OIE) Animal diseases are also listed as a type of animal epidemics that my country has to focus on.

Chae Hong RHEE of the Korea Animal and Plant Inspection and Quarantine Bureau and others published their latest research in the world-renowned veterinary journal "The Journal of Veterinary Medical Science": The killing effect of acidic electrolyzed water on African swine fever virus and avian influenza virus!

The disease spreads quickly, especially in technologically advanced and economically developed countries. Due to the dense and frequent movement of pigs, it is more likely to cause epidemics. After a severe epidemic period, the disease is often local epidemic, long-term harm to pig production, causing huge economic losses to the pig industry.